VERBS have two “voices”: the active voice and the passive voice. With an active verb, the subject of the sentence is doing something. With a passive 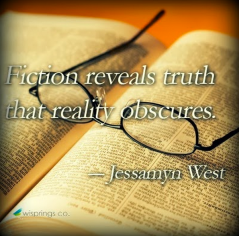 verb, something is being done to the subject of the sentence.

The ball was thrown by Johnny.

Examples of the active and passive voices:

Passive forms often use the verb was:

Oxygen was discovered in 1774 by Joseph Priestly. [passive]

In the examples above, the subject of the sentence—burglars and Joseph Priestly—are not the doers of the action.

You don’t have to change every passive construction to an active one. For instance, various stock locutions such as The project was abandoned and The Romans were defeated are perfectly acceptable.

Also, the passive voice is useful when the doer of the action is unknown or unimportant:

The lock was broken sometime after four o’clock. [Who broke the lock is unknown]

In 1899, a peace conference was held at The Hague. [This sentence comes from an essay by E.B. White. In this case, the doers of the action—the holders of the conference—are unimportant to White’s point.]

In every other case, do as Stephen King flatly says in his book On Writing: “You should avoid the passive voice” (emphasis his), noting that it is one of his pet peeves. You will find the same advice in The Elements of Style by Strunk and White and in John Gardner’s book The Art of Fiction.

Don’t be passive-aggressive. Use the active voice.

Paul Thayer is a full-time professional book editor with more than 35 years of experience. During that time he worked in the trenches of the real world of writers, editors, and publishers. He uses his extensive knowledge to help writers who still have a lot to learn, offering them critiques and line editing of their work.